Nepal Bar Association (NBA) was established in December 21st 1956. At that time, legal education in Nepal was in primitive stage. Thus, most of the lawyers were licensed on the basis of their experience in the legal field and without any academic qualification in law. Gradually, afterward law graduates from the universities started replacing traditional lawyers and now a days most of the member lawyers are with formal academic degrees from the universities. In its preliminary stage NEBA was functional without formal registration and formally in the year 1963 His majesty's Government of Nepal registered it as a professional organization under the provision of National Guidance Act 1961. Previously the Supreme Court of Nepal was the authority to issue a practicing license. Moreover, Disciplinary Committee of the Supreme Court of ... Read more 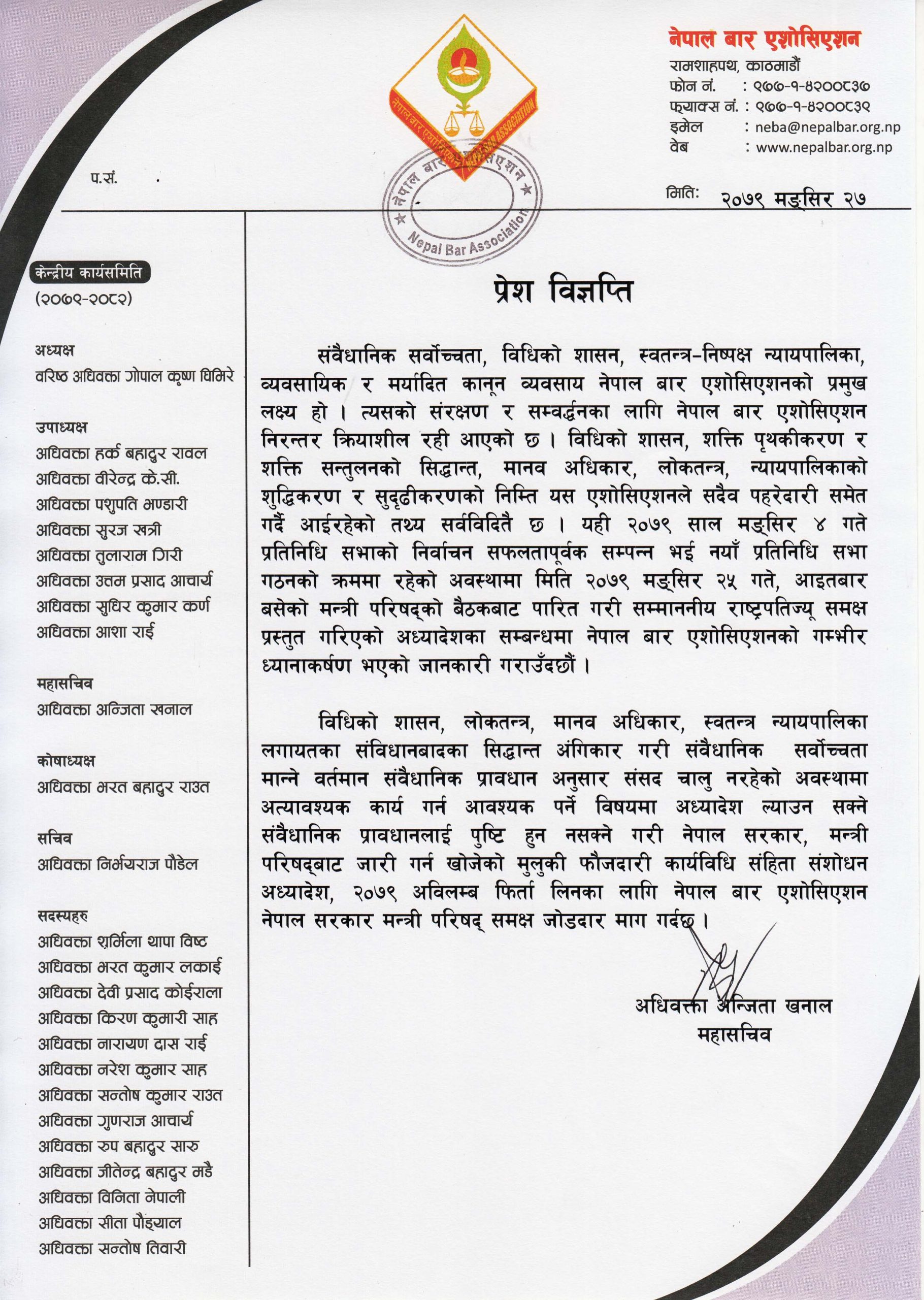